Bliss is a 2021 American science fiction drama film written and directed by Mike Cahill. It stars Owen Wilson and Salma Hayek. A man whose life is in disarray meets a beautiful woman who tries to convince him he is living in a simulation. This movie shows the “reality” of drug addiction and mental illness, as Owen Wilson’s character chooses a life of homelessness and hunger over a relationship with his family.

A mind-bending love story following Greg who, after recently being divorced and then fired, meets the mysterious Isabel, a woman living on the streets and convinced that the polluted, broken world around them is a computer simulation. 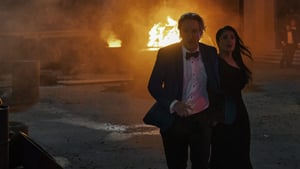